The patient presented with complaints of an inability to breathe after a reduction rhinoplasty many years ago. She underwent a revision rhinoplasty to improve her breathing.

She had complete blockage of her nasal breathing from prior surgeries that left her nose weak and collapsed. In the past, rhinoplasty was performed by removing and weakening nasal cartilages and bones that was designed to give an aesthetically pleasing result, but over time would cause collapse and nasal obstruction. The patient presented here was overall pleased with her external nasal appearance but could not breathe. This is a challenging case as the internal structure of the nose needs to be reconstructed without drastically altering the external appearance, especially in a young female patient. .

In order to make the nose stronger and open up the breathing passages, grafts need to be placed. Typically in primary rhinoplasty septal cartilage is used. However, this patient was missing the majority of her septum. Instead, through a 1.2 cm minimally invasive incision, the patient’s own rib cartilage was used to reconstruct the vital structures of the nose. I employ a very special technique that is low risk, and adds nothing to the recovery post operarively.

The patient subsequently underwent major nasal reconstruction with an enhanced look to an already aesthetically pleasing nose, and breathing better in the process. 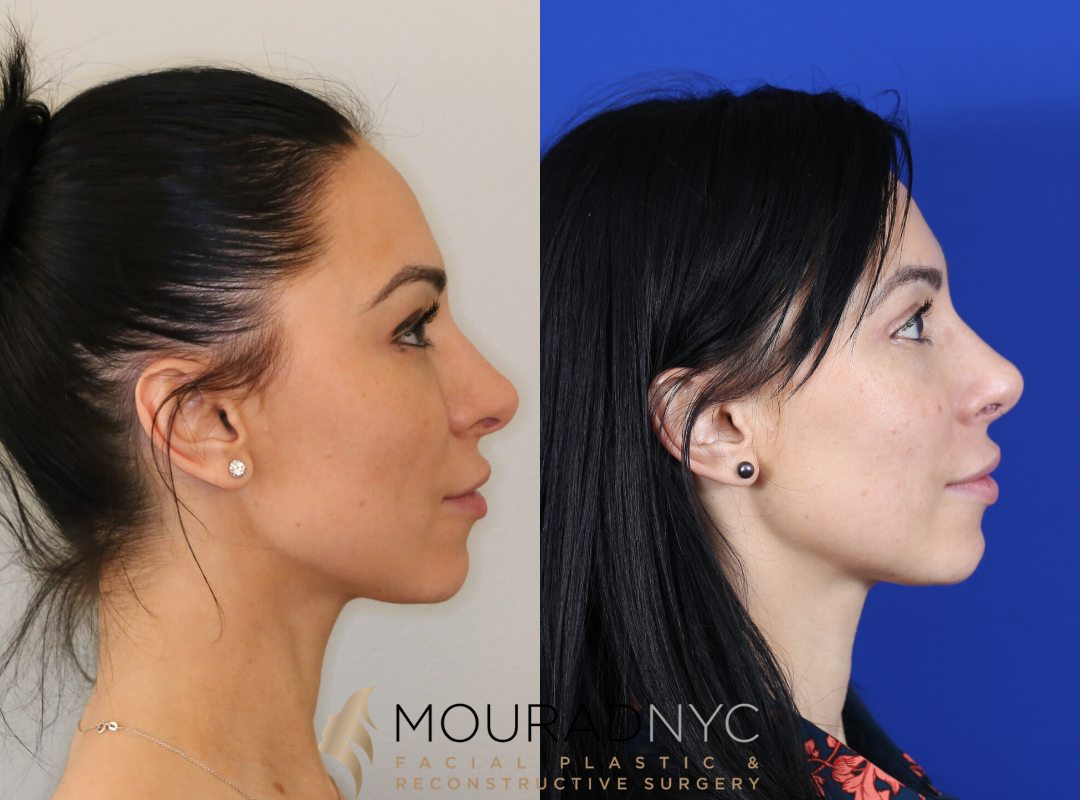 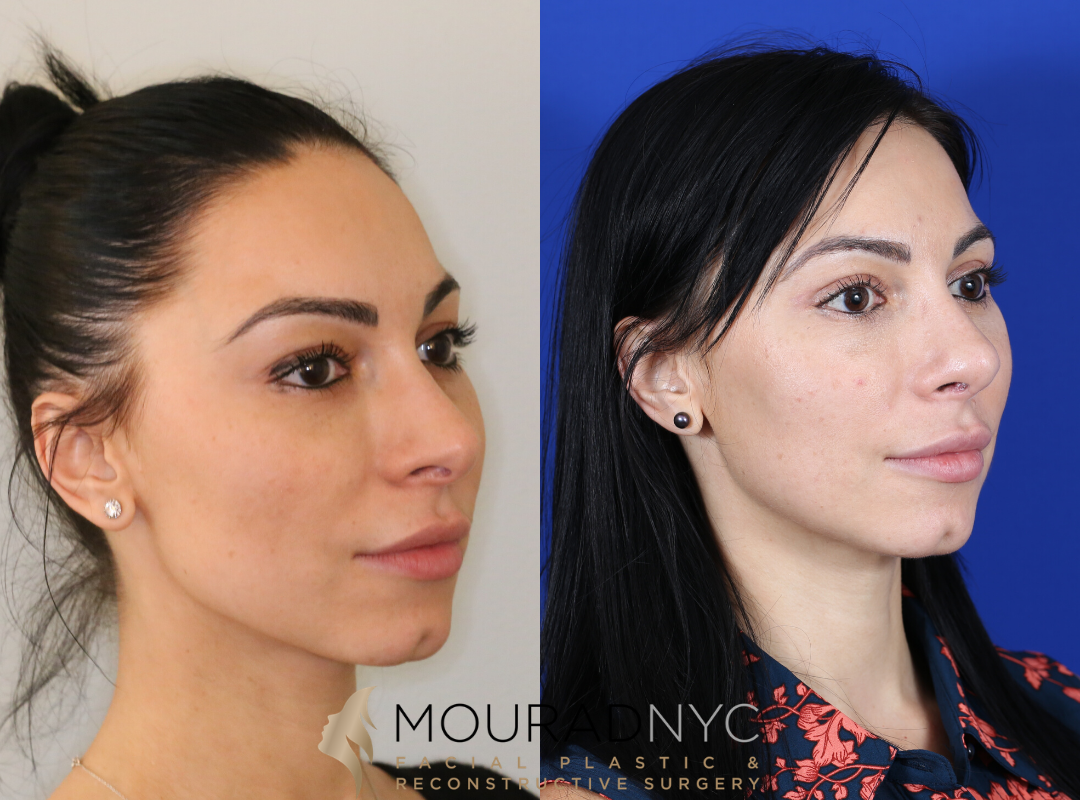