This is a 41-year-old female who presented 1 year after rhinoplasty with complaints of 100% nasal blockage and unnaturally appearing nose.

Left Photographs: This photo shows her at presentation to Dr. Mourad’s office 1 year after her initial surgery. The black arrows show that she had an excessive amount of her nose removed externally, causing significant scarring and contracture. This scarring narrowed her nostrils and contributed to her inability to breathe. The blue arrows show that her nose has incomplete breaks in her nasal bones causing nasal valve collapse, further making her breathing worse. In the lower picture, the purple curved arrow also shows that she has a “droopy” tip that hangs low. The deformity is also from excessive resection of the internal structures of the nose. The blue star in the photo on the profile view also shows that the previous surgeon had left a bony hump, that also was made to appear worse by the droopy tip.

Right Photographs: This is a patient 1 year after surgery once the final healing has settled in. The purpose of the surgery was to restore her ability to breathe. The patient underwent a complete nasal reconstruction using her own rib. The orange arrow shows that her nasal tip was restored to a more natural, “higher”, position, no longer with a deforming “droopy” look. Her nasal tip has smoother contour. Her ability to breathe has been completely restored with improvement in her nasal valve structures. 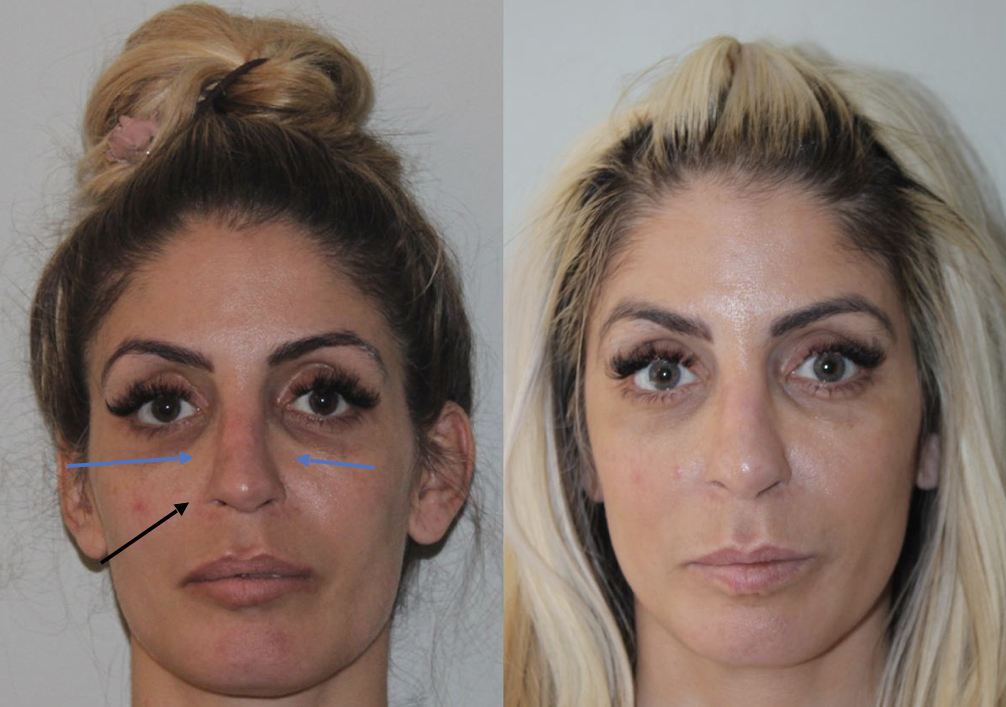 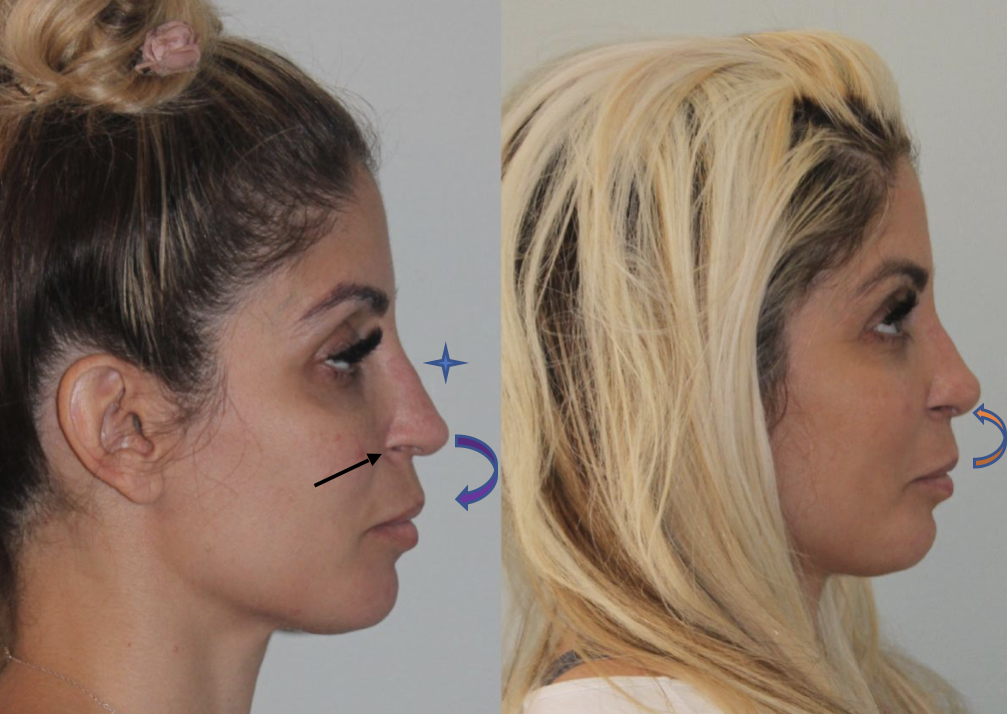