Male Revision Rhinoplasty Before and After

Excited to share before and after photos after reconstructive plastic surgery. This wonderful Park Avenue patient had three prior rhinoplasties that left him scarred and unable to breathe properly. This is what is called a “tertiary” rhinoplasty, and is very challenging from a surgical perspective. Each surgery he underwent increased the amount of scar in the nose, and reduced the available blood flow and vascularity. Adding to the difficulties is that his prior rhinoplasty surgeries were “reductive”, meaning that the original surgeons had removed critical portions of the nose, leaving the nose weakened and non-functional over time, causing significant collapse. I was fortunate to be entrusted with his fourth (and hopefully final!) revision rhinoplasty using his own rib to reconstruct the critical portions of his nose. He is 9 weeks postoperative in this photo, with some residual swelling, but is breathing again for the first time in years, and looking great! 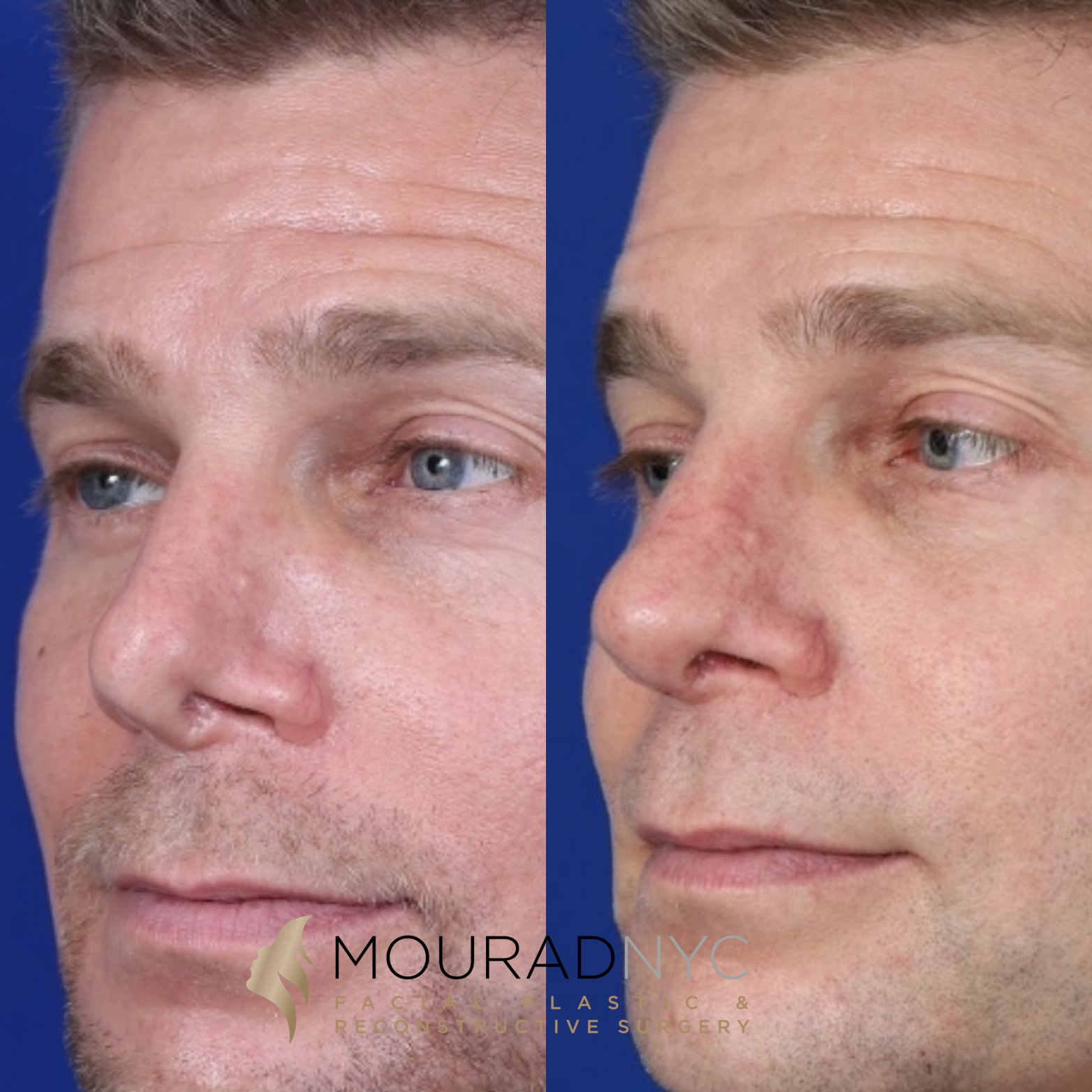 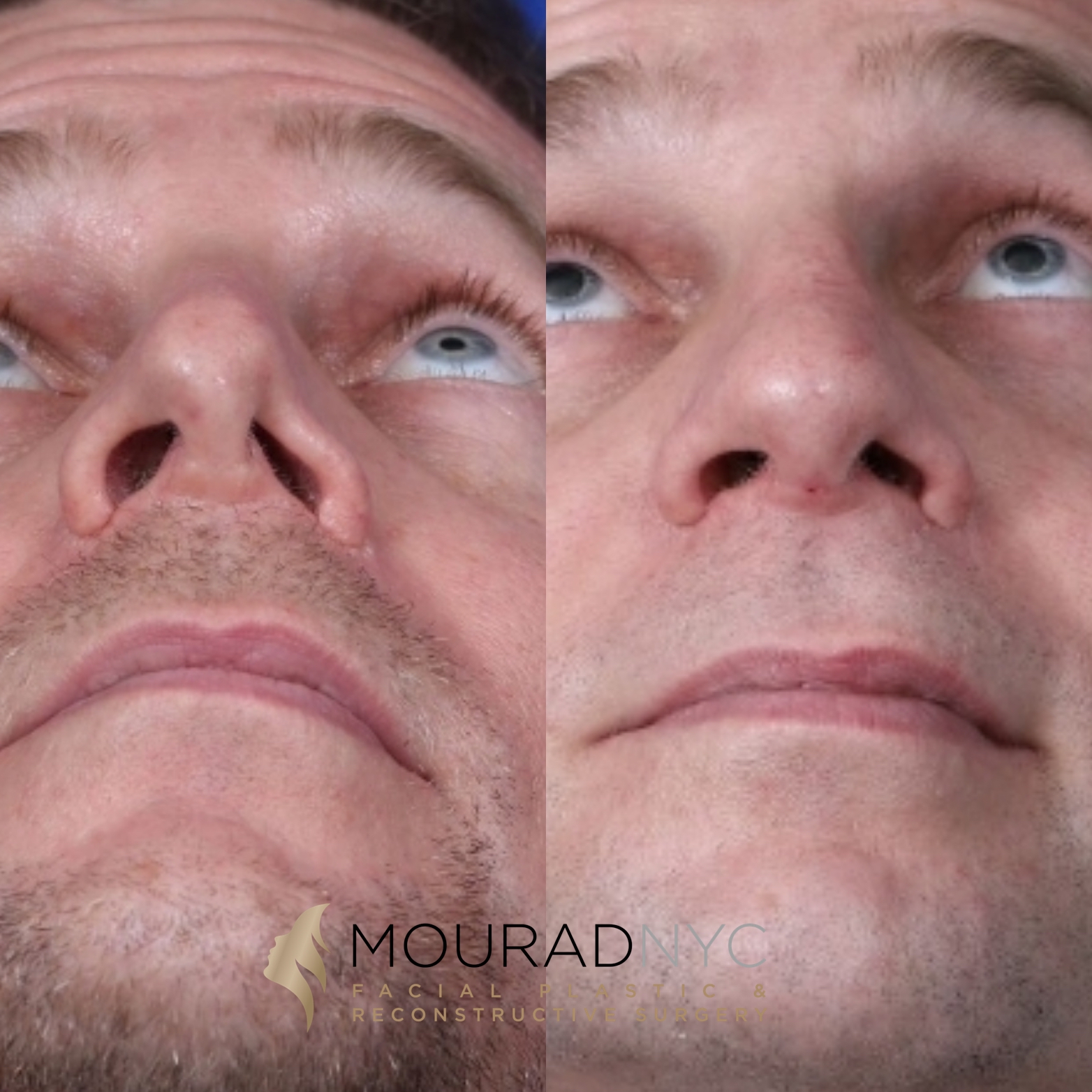 Please call our office at 212-832-0444 for immediate assistance Monday – Friday from 9am to 5pm. If we are not available on the phone please use the request an appointment form below.

* All information subject to change. Images may contain models. Individual results are not guaranteed and may vary.